The spirit of Doge.
The power of Ethereum.

A meme cryptocurrency, inspired by Doge to go even further.

Ducker was created by Doge lovers, to revive its true spirit, and to go even further, thanks to the strength of the Ethereum blockchain. Memes, fun, self-deprecation are at the heart of the project, but we have no limits. Duckereum was designed to give its community the potential to create cool and useful stuff, now and for years to come. Because Ducker combines the fun of Doge with the strength of Ethereum, we have the ambition to become a major player in the crypto world. And beyond.

LET'S DO IT AGAIN!

A few years ago, a photo of a shiba inu was the source of many memes, posted by hilarious people on Reddit. Later, Jackson Palmer and Billy Markus created the Dogecoin, a satirical currency that would make fun of the crypto world, which took itself so seriously. This was done quickly, with no particular ambition, and became what we know today…

Years later, we decided to take the same path, but to create our own story. Ducker was also born from a simple photo, but not of a dog this time: of a duck. And we’re not trying to reinvent the wheel by creating another blockchain, we live on the best one: Ethereum. This offers us the best security, the best developers, and the best future.

We added Ducker to his t-shirt with Photoshop.
The merch is not launched yet.
Just so you know, huh.

The genius you see in this picture is called Vitalik Buterin. He is the creator of Ethereum, the best blockchain. He and his teams maintain and improve the network on an ongoing basis, and since Duckereum lives on it, we automatically benefit from all of this. In a way, Vitalik is our technical director. What advantage does this give us over Doge? Many things.

First, all the Duckereum already exist and are in circulation. No need to create more to pay miners. There are 100,000,000 duckers and not one more, forever: no inflation. Then, we take advantage of the Ethereum innovations: wallet connect, DAO, staking, NFT… Everything is possible. And we have already started.

No security, no fun.

We brought the most wholesome and ambitious foundations to Ducker. No wave riding or short term vision here. We created Ducker so it could outlive us. The liquidity is generous and locked in for life, the contract has no taxes or special mechanisms and has been renounced. Ducker is the safest meme currency available.

It couldn't be simpler.

We wanted Duckereum to be as simple as possible, so that it could have the best future. At a time when developers are using complicated mechanisms and taxes in their tokenomics, we did the exact opposite. And that’s great for you. Yes yes, Harold.

Lately, we’ve seen all kinds of tokenomics (how a token works), all tax-based. That is, when you send or receive these tokens, a portion is taken from you which is then used for whatever the developers have planned. It can be burned to make the currency deflationary, it can be returned to the community, it can be used as a marketing budget or as a remuneration for the team.

While this can be useful when it is well thought out, it has many problems. First, and most importantly, you have fewer tokens than you should. Indeed, a fee is charged every time you use them. Secondly, it increases the gas costs for each transaction, because the smartcontract is more complex. Finally, it is a huge risk for the life of the token: indeed, if a few months or years after the launch of the project, the tax is a problem, you usually have to create a V2. If you had decided to forget your tokens to hodl a few years, you can then have the bad surprise to realize that you have lost everything, because a second version was launched, and you did not follow the protocol to see your tokens replaced.

Finally, taxes are generally disliked by exchange platforms, which limits the possibilities of seeing the token listed everywhere.

We have chosen to make Duckereum as simple as possible. No taxes, nothing complicated. 100,000,000 duckers, and that’s it. You avoid all the problems listed above, and can sleep well.

Team based (that's what the community says!)

Duckereum is a meme currency and a community project. We believe that nothing has the potential of thousands of people getting together to have fun and develop cool stuff. However, without a team to manage the social networks, talk to partners or preserve the community wallet, then it becomes anarchy…

Yes. There are big projects that are run by great teams, that have a clear plan… That’s not how Duckereum works. It is the community that is at the heart of the project, and that makes decisions by voting, thanks to the DAO. The 3 team members protect the community wallet that was funded with 5% of the supply at launch, and do not make any expenditure that has not been approved by the community. Moreover, everything is justified, every movement, up to the 18th decimal, in a Google Sheets accessible to all.

We want Duckereum to last forever. That’s why the best foundations were put together at launch: a high starting liquidity (10 ETH) completely burnt (locked forever), no tax, a renounced contract and the great Ethereum blockchain. Token Sniffer gave us a score of 100/100: you are safe. You don’t have to worry about the crude traps that can be found here and there, so you can focus on your fun adventure.

We keep it ducking simple.

LIVE | By the team

We organize a meme contest every week. The winner, chosen by the DAO (the Duckereum holders), receives a pre-set number of duckers, regardless of the $ value. May the funniest one win!

Imagine being able to read Doge’s story, told in a diary, week after week since the launch. That would be great, but it’s not possible, because it wasn’t planned. For Ducker, it is.

SOON | By the team

Soon we’ll all be able to proudly wear a Ducker hoodie, cap or t-shirt. We’re working on the merch, and stay tuned: first orders will be refunded in Duckereum!

SOON | By Oliver, a community member

Oliver has been working for months on Ducker Adventure, a great game coming to your smartphones soon. Practice, because some duckers will be offered to the winners…

Soon on  and Android.

Ducker was designed to have no limits. This is the reason why we do not have a precise roadmap: everything is possible. We believe in the power of a community full of fun and talent.

Does Ducker have a utility?

Yes, just like bitcoin, the dollar, the euro or any other currency. Ducker circulates between people, to tip each other, to help each other, to reward each other, to buy and sell things. In addition to this, Duckereum can be used to power utilities designed and developed by talented community members in the future.

Is there a burn or new Ducker releases over time?

No. There is no burn and no creation of new Duckereum with time. All of them already exist, and there are 100 million, not one more, not one less, forever. They are all already in circulation. Ducker is therefore neither deflationary nor inflationary.

Can I get rich with Ducker?

It’s a possibility. However, we encourage you to join the project not to get rich, but to have a great adventure, filled with fun, laughter, and friendly encounters. And most importantly, if you want to buy some Duckereum, we suggest you only use money you don’t need. 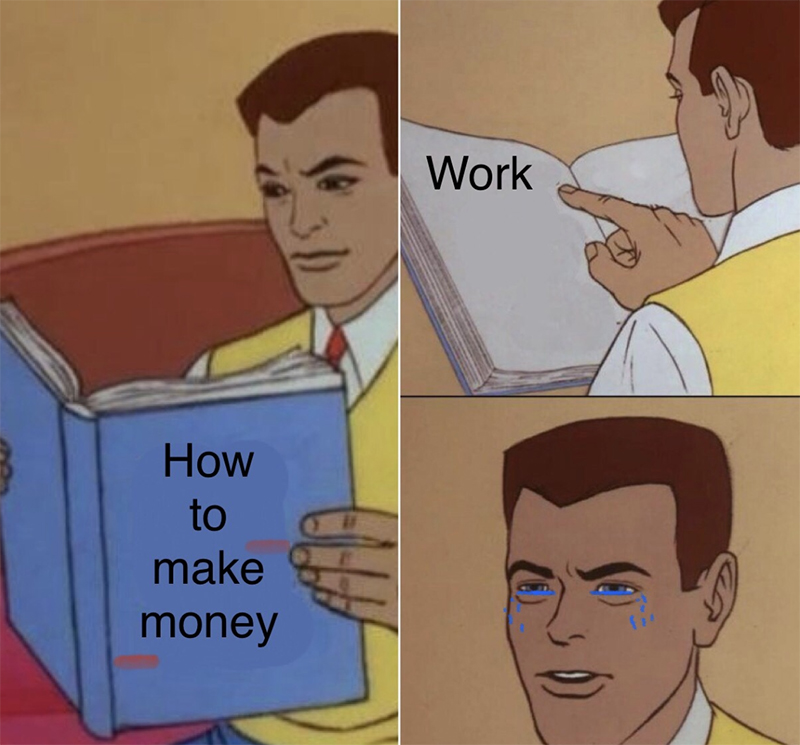 Ready to join the Duckers?

Everything you’ve seen above has made you want to join the project and the community? This is where it happens. Just follow the guide below.

To store your Duckereum, you need a wallet. It’s simple as quack.

There are several ways to get some Duckereum, some of which are 100% free!

ENJOY, AND DO GOOD

You are now a Ducker! Create memes, make people laugh, and use your duckers to please yourself and your loved ones.
❤️

Quackin' on the moon!
Back To Top